Zero fees and free shipping on all consumer items! 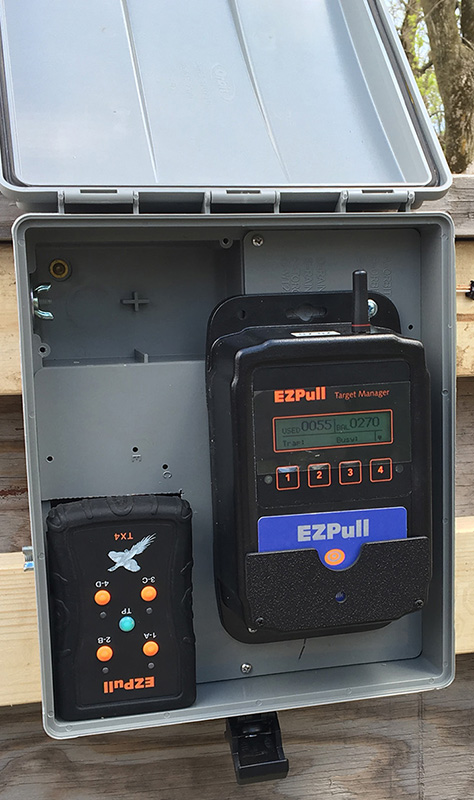 Though shooters may think clay targets are a low cost “disposable”, the fact is, wasted targets accumulate and this accumulation can cause gun clubs a significant loss of revenue.  Industry wide, target wasting is estimated between 10%-20% for Trap and Skeet and as high as 40% for Sporting Clays.

Gun clubs that install target management systems report a significant increase in revenue partly because they are getting paid for each target but also because shooters feel  more comfortable repeating a shot when they know they are not poaching targets.

EZPull was first to introduce RFID technology for clay target counting. With years of experience designing wireless equipment and contactless RFID card systems, EZPull’s TargetManager is the most advanced Clay Target Management system on the market.  TargetManager lets you turn your gun club into a “vending machine” with shooters getting to decide how many clays they want from that “vending machine”. The result is a “win-win” for gun clubs and shooters alike! 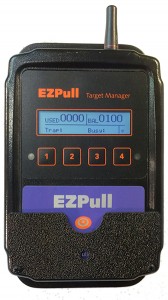 TargetManager is completely wireless, no cables to the traps,  no pull cords!  EZPull offers a variety of wireless remote controllers suitable for any clay target sport. An EZPull controller operates as a wireless puller’s switch that wirelessly communicates with Target Manager. When the puller presses a target key on the remote, a wireless target(s) command is send to TargetManager. TargetManager then checks for available targets on a secure RFID card. If targets are available, TargetManager wirelessly tells receivers connected to trap machines to throw the targets.

At the office targets are loaded on RFID contactless cards using a USB card reader and a Windows PC. 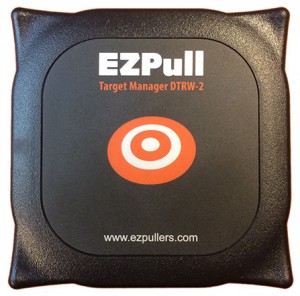 EZPullTMGR target management software is very simple to use and can be installed on any Windows PC running Windows 7, 8 or 10, including windows tablets with suitable USB connector, connected to the DRTW-2 card reader via USB cable.

Targets are instantly loaded on the customer’s card in just a few mouse clicks. Sell targets separately for Sporting Clays, 5-Stand and Skeet/Trap. The software will read all the “games” at once showing sold, used and balance targets for each clays sport. The software can be set to read only mode so customers can check how many targets are left on their cards.

The software keeps a log of all transactions as well as a list of cards that were not returned to the office for clearance. Reports can be viewed by date range, or exported to Excel for data analysis. 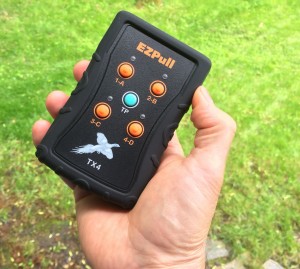 Skeet and Sporting Clays: The TargetManager remotes look similar to the standard controllers but come without the antenna.

5-Stand and FITASC: The MTX-8 controller can be set in stand alone or for compatibility with TargetManager. 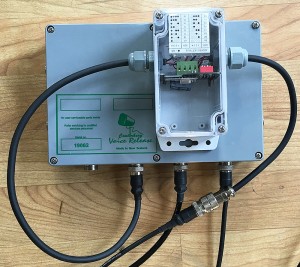 A wireless Target Sensor is connected between the Canterbury power supply in the trap house and the Canterbury control box. The power supply’s relay in the trap bunker is removed from the trap machine and replaced by an EZPull SRX01 wireless trap receiver. The TargetManager target counter is installed behind the 27 yard line making it accessible for shooters to log in their targets on the way to the trap field.

EZPull Trap is a wireless, voice activated, clay target release system for Trap. Remote microphone units are mounted on stands in each of the five Trap shooting positions. A system includes a spare 6th unit to be used as a “Referee” controller. The remote units communicate with a base station controlling the Trap machine via high speed digital wireless network or with EZPull Target Manager for Target Inventory control.

Short release delay - targets are released within less than 0.1 second from calling “Pull”.

ZPull MTX-8 is a multi-trap controller for use in Five-Stand, FITASC,
Super-Sporting and other clay target sports that require multiple traps. EZPull MTX-8 is designed to control up to 8 traps. The MTX-8 can be used in manual mode multiple trap clay target sports. The MTX-8 also features automatic sequencing from six programmable 5-Stand menus.
MTX-8 features:
-         Simple to operate.
-         Wireless and portable.
-         Operation from 2 AA batteries.
-         Compatible with EZPull Target Manager. Get paid for each target on your 5-Stand and increase your gun club’s profitability
-         Automatic sequence mode has three types of pairs:
-         True Pair
-         Report Pair – press the fire key twice to advance
-         Delayed Pair with programmable delay for each pair
-         Flurry